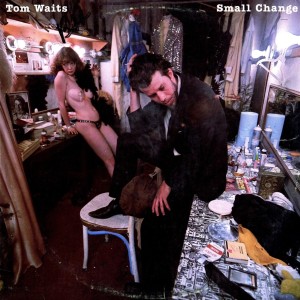 Fans of Tom Waits’ later work aren’t always on board for his earlier stuff, and vice-versa.  Aside from briefly dabbling in soft rock, his early period was primarily marked by boozy bar songs, piano ballads, a sprinkling of orchestrated numbers, and a gentle subversion of traditional pop with an eye toward the seedier side of life.  Well, for his early period, Small Change might be the best.  It opens with the lush, maudlin “Tom Traubert’s Blues (Four Sheets to the Wind in Copenhagen).”  The next song “Step Right Up” showcases the off-kilter songwriting talents on which Waits would increasingly rely.  The rest of the album focuses more on piano bar jazz and blues, with borderline incoherent vocals and a fascination with the dark corners of down-and-out society.  It all works though, somehow.  This is right on the pulse of late-night drunken melancholy.  If you played this at an AA meeting you’d probably make some people cry.