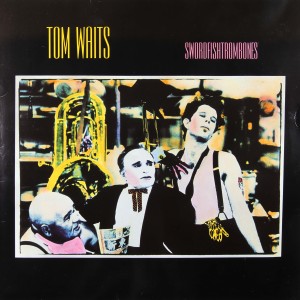 A good album, but one I hardly ever revisit.  Of course I dig stuff like “16 Shells From a Thirty-Ought-Six”.  You would have to be a major asshole not to.  But this album as a whole doesn’t resonate with me like some of his others.  Still a fine effort and among Tom Waits’ better ones.  This would be his last album for nearly twenty years to look back at all on the lounge jazz/blues that characterized much of his 1970s output.