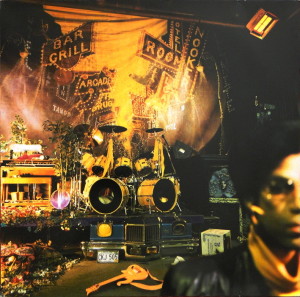 Prince always was best when he attempted everything under the sun on one album and tied it all together only by the fact that he was writing, arranging, producing, and performing his music entirely by himself. Sign ‘O’ the Times is just that kind of album. A few select guests keep the album hopping with psychedelic R&B flavor. The many different faces of Prince each make an appearance. He never made a better album.

Disc 1 has a bunch of winners, enough to make any album great. “Sign ‘O’ the Times,” “Starfish & Coffee” and “The Ballad of Dorothy Parker” tell of urban social decay, surreal childhood memories, and dark romantic journeys.

Disc 2 is a goldmine. “U Got the Look,” “I Could Never Take the Place of Your Man,” “The Cross” and “If I Was Your Girlfriend” are big deliveries even for a superstar. Prince had a talent for dance rock that could keep going all night. The ideas are easy to grasp. Prince builds rhythm by repeating what you need to hear as many times as you need to hear it.

Throwing in two or three note riffs on the keyboard was that thing only Prince seemed to get right. 1980s pop music tried to break everything down to simple little songs. Prince dared to make things simple and help the word “simple” grow along the way. His guitar solo on “I Could Never Take the Place of Your Man” has all the recognizable points of a hit song. It also can wrap you into the guitars and drums completely. It’s hard not to relate to Prince. He reaches to be a friend to the lonely girl he meets. She wants more than he’s willing to give. Her sad situation is enough to have him thinking her problems over, and telling her he’s not good enough to be the answer.

“The Cross” is a tremendous rock-gospel song that has fire and brimstone held in check. Prince uses enough guitar and sitar to overpower any heavy metal song of the day.  He is careful not to use any padding.

Sign ‘O’ the Times was made when Prince was on top of his game, and it stays right there. As a listener, though, it gets hard to resist the urge to wander off. Temptation is all part of the game!