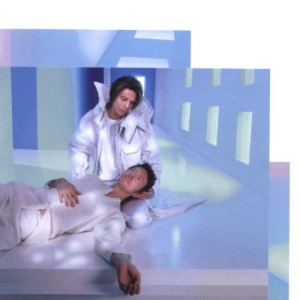 Bowie’s career doggedly refuses to drift into total irrelevance.  ‘Hours…’, like so many other later efforts, features one pretty good song — “The Pretty Things Are Going to Hell” — amidst a lot of not bad but definitely boring, pro forma contemporary rock.  This is certainly a lot more consistent than Earthling, but that previous record came up with more than one pretty good song (even if those were balanced with some cringe-inducing moments).  Now Bowie had largely dropped the electronic industrial sound (except, ironically for the best song here, “The Pretty Things Are Going to Hell”).  His next effort, Heathen would improve on this album, again with one really good song (“Sunday”) but with filler that was much better and less boring.