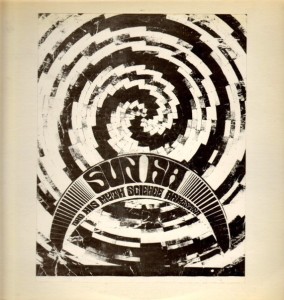 In the late 1970s and early 1980s, Sun Ra made quite a few recordings that revealed an affinity for relatively straightforward contemporary music.  Count On Jupiter among those.  “UFO” is probably his most obvious overture to the pop market, sounding a lot like mainstream funk rock of the day.