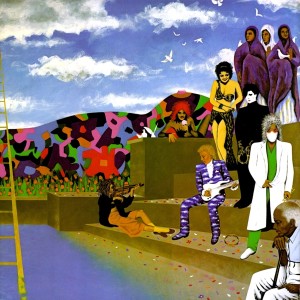 A revealing album in that it foreshadowed the self-indulgent character of a lot of Prince albums to come.  Now, this one is still a lot easier to take than the later stuff.  It has its moments, as well as a mega-hit in “Raspberry Beret,” but stacked next to Prince’s best work of the 80s this is a little underwhelming.