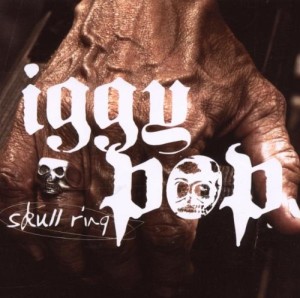 Well, I checked this out from the library and popped it in a CD player without paying much attention to what was on it and what it was about.  It started okay.  It felt like a solid if uneventful rock album, like a latter day counterpart to New Values.  There definitely were signs that Iggy was making overtures to the wave of post-Screeching Weasel spastic pop-punk that bands like Sum 41 and Green Day were riding.  I couldn’t really dislike what I was hearing thanks to Iggy’s blend of genuine interest and detached irony.  Well, soon enough I realized that both Green Day and Sum 41 make guest appearances here. Things start to take a turn for the worse as the sense of irony falls away, leaving something that feels a lot more like pandering.  Most disappointing is that Iggy doesn’t pull out any songwriting that matches the best of his last album Beat Em Up.  Anyway, for what it’s worth, the tracks with a reunited Stooges lineup are a lot better here than on the truly horrible Stooges reunion disc The Weirdness.  Iggy would come back strongly with an entirely new more “mature” pop sound on Préliminaires a few years later.