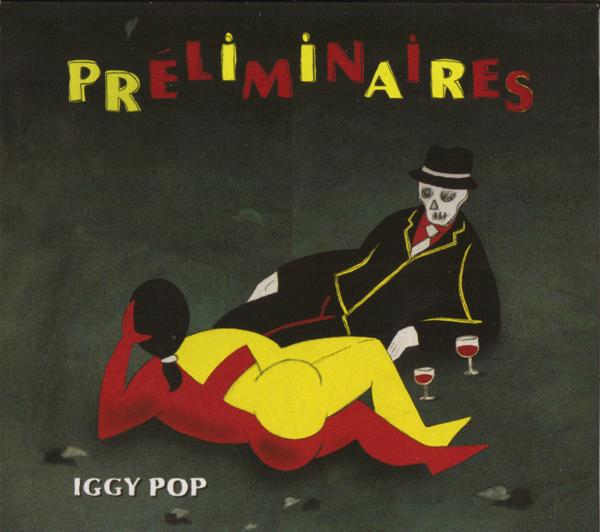 Iggy Pop has had a fascinating solo career.  He burst on to the scene in the late 1970s as a shell-shocked hard rock survivor who crashed the disco-era party with his unique brand of ironic electro-pop/rock.  From there, he veered all over the place, from more hard rock to palatable pop/rock but always gravitating toward rock music of some sort.  As he got older, his act just seemed more and more absurdist.  Here was a guy well into middle age still thumping away with the kind of music rarely associated with anyone over thirty.  Even at his worst moments, there was always intrigue in the sheer train-wreck quality of the spectacle of it all.  He just kept on being the same Iggy Pop…a character that fit Hunter S. Thompson‘s description of the “Brown Buffalo” Oscar Zeta Acosta in a memoir published in Rolling Stone Dec. 15, 1977: “one of God’s own prototypes–a high-powered mutant of some kind never even considered for mass production.”  In that one could laugh at his music being used in ads to sell cars and oceanliner cruises.  Something did change later on.  Almost, at least.  Iggy released the disastrous Avenue B in the late 1990s, which was leaden with despairing lyrics and hinted at some kind of bongo-laden electro-pop that didn’t rock very much.  But it looked like just a blip on the radar as he moved back to familiar hard rock with his next recordings (even if hindsight reveals at least potential in the likes of “I Felt the Luxury”).

Fast forward to 2009 (right past a horrifying reunion of The Stooges).  Iggy releases Préliminaires.  Just a few seconds into the album it is clear something is very different.  The opening “Les feuilles mortes” could pass for Leonard Cohen.  Being sung in French, comparisons to Serge Gainsbourg wouldn’t be out of place either.  The rest of the album goes off in other directions, even to spoken word (like Avenue B).  It largely stays away from rock, moving instead within the ambit of more adult-oriented pop, blues and the like.  This raises the question: why now?  It would seem that if he was going to commit to a new and different direction, he would have done it long ago.  Iggy never had a voice that could be called impressive.  Here he goes about as far as his abilities permit.  But he’s very clearly trying to push himself.  And, surprisingly enough, it all works.  Then again, maybe that’s not so surprising considering that this is just another example of Iggy being a creature of his own making, and when he does something that flies in the face of reason and common sense he’s completely in his element.  What differs most of all from his earlier failed effort at something new is that he goes for it all the way here.  He just dives in.  He also focuses on what he likes in life, instead of wallowing in hurt feelings, and he runs with musical ideas he’s probably harbored an interest in for a long time.  So no wonder this may just be a late-career classic.