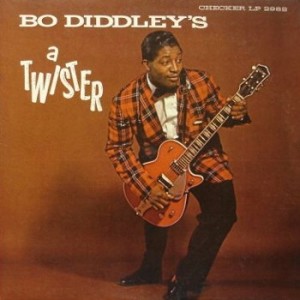 Hard to know what to make of this one.  The best stuff here is the batch of previously-released singles “Who Do You Love,” “Road Runner,” “Hey, Bo Diddley” and “Bo Diddley.”  But those were old news tacked on here as padding.  There is also the excellent “Here ‘Tis,” which The Yardbirds would cover shortly.  The rest feels like Bo Diddley by numbers, which is still about five times better than most other things you could be listening to right now, but also not as good as Bo at his best.