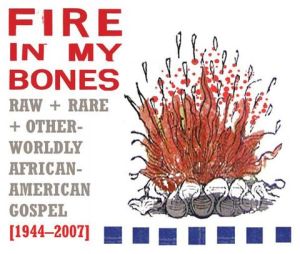 A collection of obscure gospel tracks spanning many decades.  The material goes all over the place, but largely focuses on sort of an alternate history of modern gospel that emphasizes the do-it-yourself ethic that allowed the music to flourish even without much commercial viability.  The music is generally “raw” as the subtitle suggests.  The vocals, while often coming from talented vocalists, can veer off or miss notes as if these were all one-take affairs.  None of that really matters though.  This music isn’t about polish and shine as much as soul and feeling.  It’s also a showcase for a wide range of personalities and styles.  Street performer Flora Molton (with “Heard It Through the True Vine”) sounds like she could have subbed on guitar in Captain Beefheart’s Magic Band circa The Spotlight Kid.  It’s interesting too how gospel acts pretty freely borrowed from each other.  So Gospel Writers‘ “Same Man” is basically a re-write of The Staple Singers‘ “I’m Coming Home,” and Brother Willie Blue‘s “I’m Pressing On” borrows heavily from the melody of The Five Blind Boys of Alabama‘s “He’ll Be There.”  This is a great set for anyone with an interest in gospel music.  It may not be an ideal place to start for those entirely unfamiliar with the genre.  Though the more open-minded of independent rock and soul fans probably won’t take much convincing to warm to this infectious, lively music.  Pretty much everything here is at least good, though the third disc doesn’t quite match the first two.