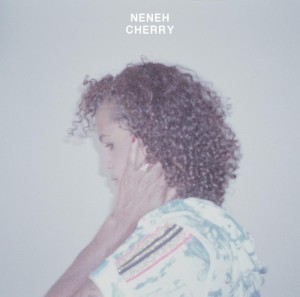 Cherry’s first solo album in more than a decade has her inhabiting a completely different space.  Keiran Hebden (AKA Four Tet) produces.  This is largely a spare, cerebral IDM-style electronic album.  For the most part, Cherry sings against minimalist backing.  It is hardly more than a percussive backdrop at times (“Across the Water”).  There is a minor-key quality to much of it.  The songs are moody and despondent.  The tendency is towards drama, particularly from a perspective of trying to “get by” unscathed in a contemporary, affluent yet alienating urban environment.  This suits her voice, which is a little coarser and breathy than before.  It is also about testament.  The songs are a patchwork of little statements attesting to efforts to hold things together.  The best stuff is mostly in the first half of the album.  But the last half still holds some surprises.  “Everything” has droning keyboards against highly synthetic drums and a pulsing sound almost like a squeaky shaft of some industrial machine or an indistinct alarm or siren.  Cherry sings rhythmically, almost like a rapper.  Moments like those demonstrate her greatest strength: pulling together bits of lots of different genres.  She creates an aesthetic that welcomes them all.