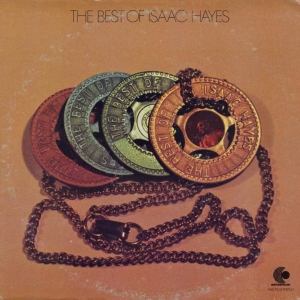 There were things happening in the late 1960s and early 1970s that could have never happened before.  There were new possibilities in the United States brought on by changing social and economic forces.  And there was music right there in the heart of it all.  Isaac Hayes represented a surging confidence in black america.  In a way, he also represented some of the excesses that tend to go hand in hand with newfound autonomy.  Though his voice is instantly recognizable, he wasn’t a great singer in the conventional sense like an Al Green, Candi Staton or even James Carr.  His records were also made without the expansive compositional skills of a Curtis Mayfield, Stevie Wonder or Donny Hathaway.  Where Hayes made his mark was in bold, smoldering atmospherics, more like Bobby Womack or mid-seventies James Brown.  His best songs tend to be ones that turn conventional love songs around, with subject matter that’s a bit more mature than in typical pop songs but with DIY roughness in the music that’s more youthful than the lyrics.  “By the Time I Get to Phoenix” (a short edited version is included here) is more spoken monologue than “song” — a daring move.  It is a brooding piece that works because of its sparse sense of drama.  “Walk on By” is another of Hayes’ best, though it’s in edited form here.  “Theme from Shaft” is of course Isaac Hayes’ signature tune.  It’s a one-of-a-kind showpiece for a boastful, hyper-macho male ego tentatively confronting the problems of freedom rather than the ones of oppression.  So the line “no one understands him but his woman” is both a little chauvinistic and a little existential, treading a line no one really walked before.  Like it or not, there is not another damn song like it anywhere.  The cover of “Never Can Say Goodbye” from Black Moses is a throwaway.  It misses the mark in being too tepid in the vocals and too extravagant in the accompaniment.  It’s probably representative of a lot of other stuff he recorded, because his good material didn’t run all that deep.  This particular collection is a bit shoddy because it features edited material, though that might hold the attention of casual listeners better considering how very long the album versions were.  But in the end, this album does still capture everything that made Isaac Hayes popular.