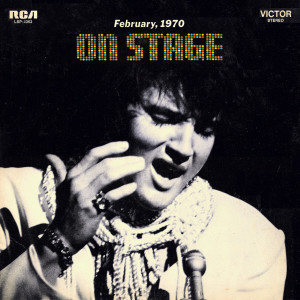 Although widely acknowledged as a cultural phenomenon who transformed America with his charisma and music in the 1950s, Elvis’ career got off-track in the 1960s as he focused on making terrible (but profitable) movies rather than making music.  In 1968 he made a comeback with a TV music special, followed by a Vegas engagement with a new band.  As it turns out, the Vegas act came to define Elvis’ later career.  It was a glitzy show, with a horn section, backing singers.  Elvis had taken to wearing gaudy jumpsuits too.  This music had now become a sort of high-energy, rock- and soul-inflected, southern style of crooning.  No one had really done anything like that before.  It was a period when rural-influenced musical acts could find wide acceptance, with former Sun Records label-mate Johnny Cash having a major network TV show at the same time.  Elvis sings remarkably well here.  The results are probably more consistent than his much-lauded From Elvis in Memphis album, even if this never reaches the greatest heights of that earlier studio effort.  One notable characteristic is the lack of the customary mid-set batch of Elvis’ past hits, which many aficionados deem the least interesting part of most Elvis shows and live recordings of the era.  Although Vegas acts have become something of a cliché, Elvis was a pioneer in the form.  Countless musicians, down to even Bob Dylan, have tried to emulate this kind of grandiose entertainment, but few if any came close to Elvis.  That the man became a cultural icon not once but twice in one lifetime, all before the age of 40, is nothing short of amazing.  Consider this Elvis’ best live album, and possibly one of his best albums period.