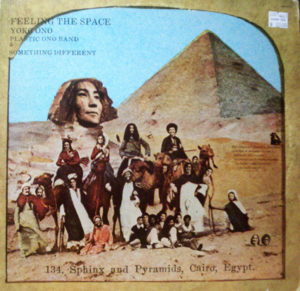 Yoko Ono’s 1973 album Feeling the Space tends to be relegated to the dustbin of history.  But why?  This is one of her most “mainstream” pop/rock recordings, relying on a lot of fairly conventional rock-ish genre devices.  There is even a faint hint of the ironic/unironic use of kitsch that propelled the Brazilian tropicalistas starting in the late 1960s.  Frequently derided by audiences opposed to her basic artistic purposes, often under the blanket criticism of her alleged lack of talent, Ono actually had formal musical training as a child.  She proves here — for anyone needing such confirmation — that she can sing conventionally and on pitch.  Though by singing in a second language, her Japanese accent lends her vocals a warbly, primitivist quality.  The lyrics reflect the heyday of second-wave feminism during which the album was recorded.  I happen to find this an immanently listenable album that deserves credit for reaching out beyond the confines of frequently elitist avant-garde practices and into popular forms.  John Berger, in “The Primitive and the Professional,” New Society 1976 (reprinted in About Looking), said:

Ono complicates the primitive vs. professional dichotomy by combining a sense of the primitive with erudite theory and overtly popular forms executed with conventional precision.  While few individual songs here stand out like a “hit single”, except perhaps “Women Power,” it is very refreshing to hear music drawing from eclectic genres performed so consistently competently, paired with lyrics that evidence an intelligent moral center.  While no “lost classic”, Feeling the Space exhibits many of the same strengths that are also overlooked in CAN‘s albums Flowmotion and CAN from later in the decade, as well as critically applauded features of Gil Scott-Heron and Brian Jackson‘s recordings from the early/mid 70s. 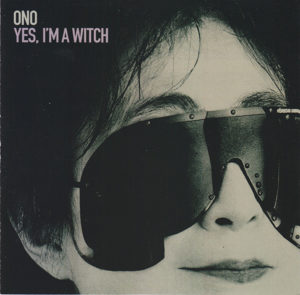 Sure, these guest-driven remix albums are always uneven.  Yes, I’m a Witch is no exception.  But Yoko kind of deserved a record like this.  Anyway, the best of what is here — with input from the likes of Cat Power, The Flaming Lips, The Brother Brothers, and Shitake Monkey — is really good.  Outside of Yoko, Tom Zé, and Scott Walker, there are frankly few artists over 70 years old (!) who so convincingly deliver pop/rock music this relevant and up-to-date.  Yoko offered a few more of these remix albums, plus a new version of the Plastic Ono band released some surprisingly good new recordings in the years that followed.

The Plastic Ono Band led by Yoko Ono made some startling music that never confined itself to any conventional rock structures. The album is a conceptual work that stays true to Ono’s roots in the visual arts (this is a Fluxus album!). Her piercing wails rarely take the form of words, which would only lessen the creativity.

Ono’s most notable song leads off the album, “Why.” Next she replies with “Why Not.” Ono cuts right to the fundamental question of existence: why? Her answer is as flippant as it is brilliant. Despite her aggressive attack she was always positive. Yoko is like a sunshine day in an urban ghost town. For all the hipster ambitions of the Plastic Ono Band, the bizarre interdependence on R&B grooves make it all the more complex. Yet, the album remains delicate throughout. Call it pretentious, but Plastic Ono Band is among the most provocative albums of its time.

Ono maneuvers through deep psychological recesses, as primal scream therapy prompted both this and John Lennon’s John Lenon / Plastic Ono Band record (recorded at the same time with the same musicians). Yoko’s album as bandleader is far more abstract musically than Lennon’s. She stays away from the intricacies of writing extended lyrics, but instead focuses more on improvisational tactics and pure concept. This is seen on “AOS,” recorded backstage rehearsing with The Ornette Coleman Quartet.  Ono made some more music somewhat like this (Fly, etc.), but always with a little more emphasis on song structure.

It wasn’t a simple thing for a woman to break into the male-dominated avant-garde music scene, but Yoko Ono did it. Back in her Fluxus days she did perform with The Theater of Eternal Music (a/k/a LaMonte Young’s Dream Syndicate), which is a credential no Beatle had. Her unique vocal style (only comparable to Patty Waters, Linda Sharrock or maybe Mongolian throat singing) is the boldest aspect of the album. Not just some academic theory, Yoko screams out the entire album. This wasn’t music of widespread appeal, but it was important nonetheless (the bass line to “Why” crops up many places, like on Stereolab‘s “Emperor Tomato Ketchup”).

Significant to Plastic Ono Band are John Lennon and Ringo Starr‘s performances. Hardly before had Lennon played guitar so passionately. He proves that as a pure instrumental stylist he can hold his own with anybody. Ringo Starr lays down a thick R&B backbeat here that funkifies this avant-noise powder keg.

This is an amazing album. Years later, after bands like PiL and Flipper, Yoko was proven a visionary. Like the album jacket suggests, listen to it in the dark. 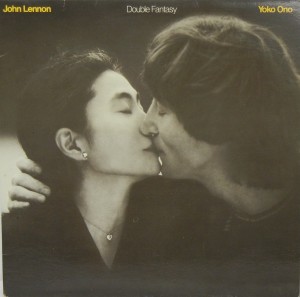 To me, this is the late 70s/early 80s equivalent of Nilsson‘s Nilsson Schmilsson, a well-executed grab bag of mainstream rock/pop songs.