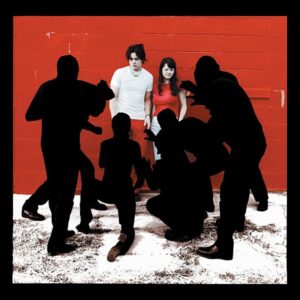 Jack and Meg White made the ideal rock duo. As a songwriter, Jack was like the second coming of Alex Chilton. He wrote catchy songs with their complexity left intact. He was confident in some ways and insecure in others. He certainly was honest either way. Being a sensitive guy these days presents him with a whole bunch of new confusions. It doesn’t always seem worth it. Jack seems to want to be the person he is. The tension of maybe wanting commitment with being a cool rock star isn’t sentimental in the slightest. The songs are intended to be a little ragged. That’s just indirect proof of what is accomplished smoothly, silently throughout.

I liked White Blood Cells when I firsts heard it, but didn’t quite get the hype. When I could hardly take it out of my player over the next months I realized how great an album it was. It’s an album where it’s worth reading between the lines.  Later White Stripes albums had increasingly more filler, and Jack White’s first few solo albums tried rather too hard and displayed an unlikable political stance.  Still, White Blood Cells is where everything came together just right.