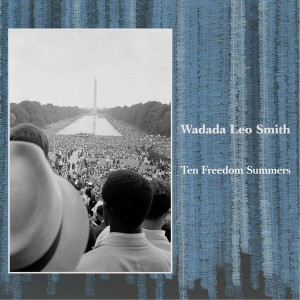 Supposedly decades in the making, this massive four-disc collection of music by trumpeter Wadada Leo Smith chronicles the freedom movement (a/k/a civil rights movement) in the United States for the years 1954-64.  It features quartet and quintet jazz combos as well as a chamber orchestra.  On the plus side, this work is nothing if not eclectic.  When it opens with “Dred Scott, 1857,” it has the unmistakably measured, conversational style of Bill Dixon.  A little further in, “Thurgood Marshall and Brown vs. Board of Education: A Dream of Equal Education, 1954” is punchier, more blues-inflected.  By the time the fourth disc rolls around, it settles into a very “typical” spare, rattling-drum modern jazz style.  Unfortunately, there is something rather lacking in this work.  It’s that this takes itself so serious that there isn’t any energy left to let it breathe.  Nothing here innovates, really, and the music isn’t particularly evocative either.  Compared to, say, Philip Cohran and the Artistic Heritage Ensemble‘s The Malcolm X Memorial (A Tribute in Music), this feels a little pedantic and dull.  It’s not bad.  No, it’s actually performed as well as it could be.  But it’s ambitions are unfocused and too shallow.  I think, much like Matana Roberts (though Smith is a substantially more talented performer), this album practices a kind of intellectual bullying.  It takes on a subject for which there is a “correct” view, and adopting that view, there is an effort to silence dissent about the execution and specific content of the compositions and performances purely on the basis of the thematic focus.  So, even if you agree with the notion of equality (which I do), it is still possible to find this music, heard as a discourse about it, unpersuasive and uninteresting.