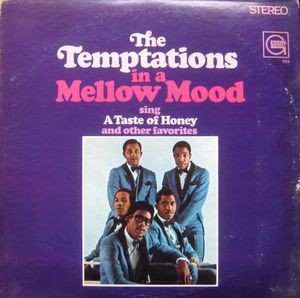 Instead of soul music, as expected, The Temptations in a Mellow Mood finds the group delivering an orchestrated pop/showtunes album.  Although it is clearly a crass attempt to find new audiences, and occasionally it achieves little more than marketing bluster, this does succeed in its aims.  Basically, this is a Sammy Davis, Jr. album, or a Robert Goulet one.  If that’s not the kind of album you’ll accept from The Temptations, then this one is best skipped over.  There are an assortment of arrangers on board (Oliver Nelson among them), which leads to an uneven feel.  More lead vocals from David Ruffin, as he delivers on “What Now My Love?,” would have helped the album further.