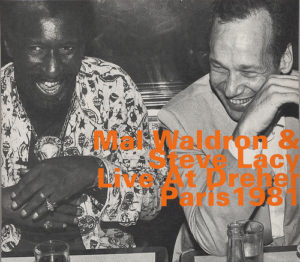 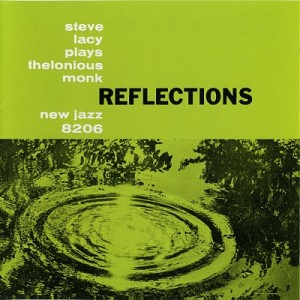 Perhaps not a groundbreaking album, but an extremely rewarding one.  Steve Lacy doesn’t get as much credit as he deserves for bringing the soprano saxophone into modern jazz.  His tone was clear, soft and lively, and he was a superb technician (not an easy accomplishment on the notoriously unruly soprano sax).  He greatly admired Monk and this album is entirely covers of Monk tunes.  It’s refreshing to hear a selection of tunes that go beyond the most obvious choices into some that, especially in 1958-59, were probably not well known at all outside of a pretty limited circle of jazz performers and aficionados.  Lacy invigorates each song without betraying the essence of Monk in them.  Probably the best feature of this album is that the tricky rhythms and upbeat quirkiness inherent in the songs are left intact.  Yet everything feels modernized with the more mellow textures that give this set less of a be-bop feel and more of a relaxed, cool one.  The simple fact that the melodies are carried on sax rather than piano provides a wonderfully different perspective from Monk’s own recordings.  This album is also helped by the fact that Lacy’s band is stellar, with Mal Waldron (piano), Elvin Jones (drums), and Buell Neidlinger (bass) each turning in fine performances.  I enjoy this album tremendously and come back to it often.