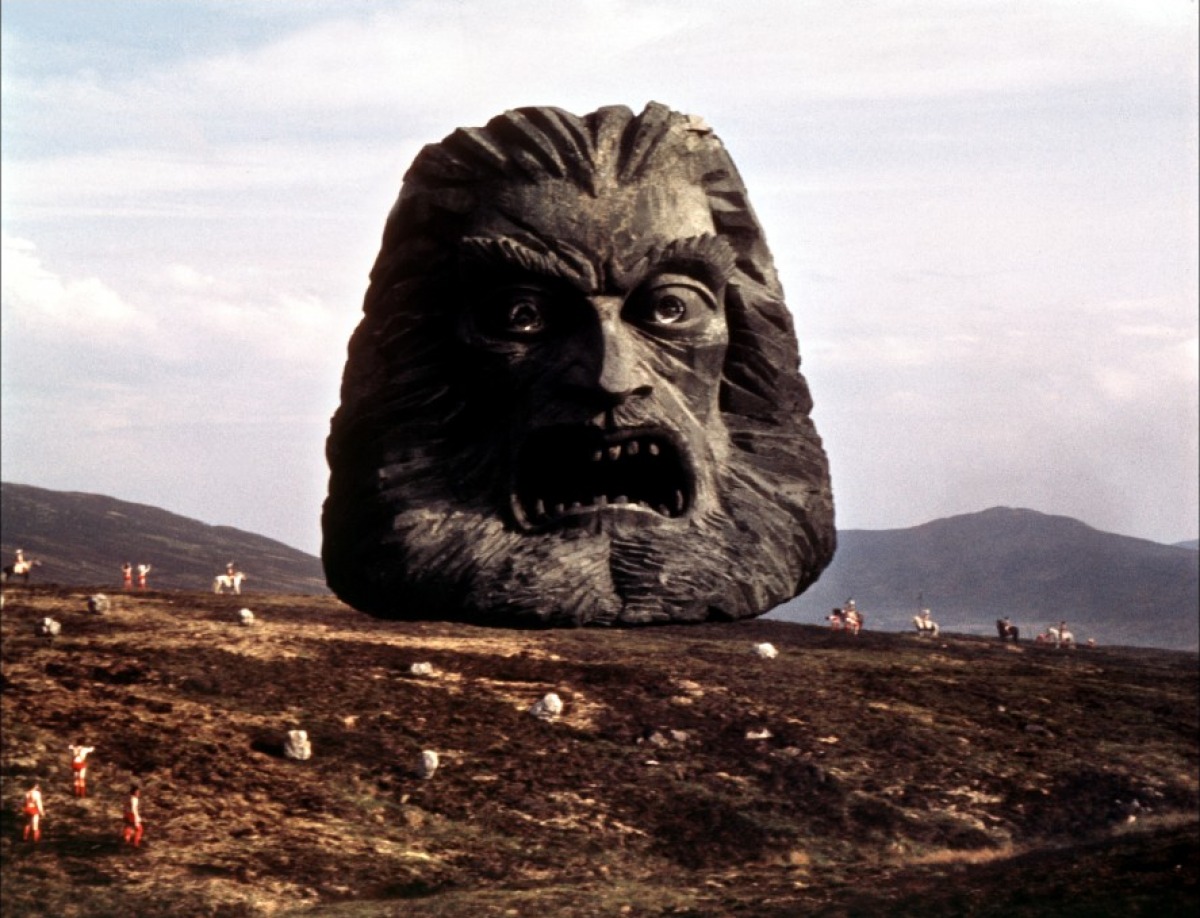 The strangeness. The red diaper. The moustache and goatee drawn on with marker. Surely, if you’ve read any other review of John Boorman’s Zardoz, or even seen the movie, these things are all common currency. Despite that critical debris, or maybe even because of it, there is cause to look at little deeper and further. Surely, this is an unusual movie. But it’s also not as unprecedented as many reviewers claim. It was unusual mostly by the standards of Hollywood businessmen. And who should care for those standards?

Zardoz primarily concerns itself with a dystopian future as in Beneath the Planet of the Apes, but fueled by the sort of elite/destitute class conflict that drives Fritz Lang’s Metropolis, as well as the psychological escapades populating Alejandro Jodorowsky’s El Topo or The Holy Mountain. Yet, here, the emphasis is on a unique sci-fi setting, one that recalls the likes of 2001: A Space Odyssey, and even Silent Running. But, really, the greatest influences seem to come from literature. There is a healthy dose of Aldous Huxley’s Brave New World (incorporated approvingly), a touch of H.G. Wells’ The Time Machine, and something of an attempt to rebut the sort of thinking that inhabited Thomas Hobbes’ Leviathan. There is a bizarre endorsement of violence as essential to human character, but seemingly in line with a Rousseauian pessimism about civil society representing a decay from the nobility of primitive culture.  There is something wrong, flawed, in this.  As an attempt at something meaningful, though, it’s intriguing.