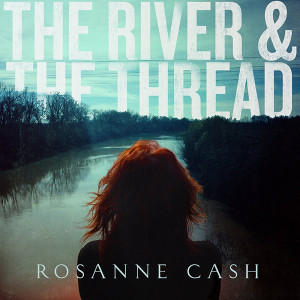 There are artists who paint within the lines, and those who don’t.  Rosanne Cash has always been one to stay within the lines.  Everything she does has precedents, though not always in the realm of country music where she is best known.  But she paints within the lines in a way that is convincing and rich, wanting for nothing outside those bounds.  The River & The Thread is among the finest work of her career.  She just keeps getting better and better with age.  Songs like “The Sunken Lands” and “50,000 Watts” are taut and lively, while staying within arm’s reach of the mellow vibe Cash is known for.  Good stuff. 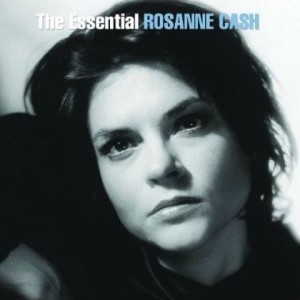 Rosanne was always a country artist, but really her interests lay elsewhere much of the time.  The template for much of her career is Willie Nelson‘s Stardust.  Willie took traditional pop ballads and gave them an extremely light country treatment.  Rosanne was much younger than Willie, so she instead looked to AM radio light rock of the early 1970s and popular rock of much of the 1960s to the 1980s to some extent too and gave those sources a light country/folk touch.  She avoided entirely the kind of affected half-yodel country singing that was popular throughout her career.  This particular collection tracks mostly her singles.  It seems to omit certain fan favorite album tracks, perhaps because they are too edgy for commercial radio and weren’t selected as singles.  This is all pleasant music, even if it is a little plain much of the time.  It is marked with impeccable professionalism and fine craftsmanship throughout, full of rich and varied sonic palettes that would usually be incongruous with music this sombre and plaintive.  Really, though, Rosanne got better with time, and her later albums like Black Cadillac had a bit more character than much of what came before, which makes this collection somewhat premature for an artist still recording stuff that is as good as she ever has since this was released.