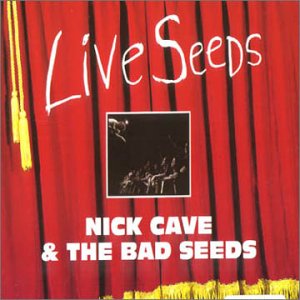 Live Seeds, like most offerings from Nick Cave’s middle period, is an uneven affair.  “Ship Song”, “Papa Won’t Leave You, Henry”, “From Her to Eternity” and “New Morning” are all fantastic, but elsewhere Cave and company lean far too heavily on his songwriting to do all the heavy lifting.  In a way, that saps all the energy out of the songs.  Maybe it’s a common trick artists use to regroup during a live set.  But that doesn’t help the album at all.

In short, Live Seeds is an improvement over some of Cave’s previous few studio albums, but it pales in comparison to his earliest solo albums and the best material he produced about a decade later.

“I Am the Real Nick Cave” by John Wray in NYT