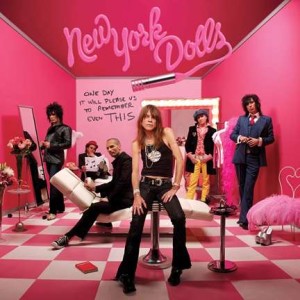 Can’t say this is likely to ever please me to the extent the album title implies.  Now, I’m certainly not opposed the the idea of the New York Dolls reuniting with a drastically different lineup, decades later.  In fact, I rather like Cause I Sez So (especially its title track and “Better Than You”) and Dancing Backward in High Heels.  The secret to this band is undoubtedly David Johansen and his songwriting and vocal presence.  Here the focus is a little nostalgic, with a sound updated but still rooted in that of the classic Dolls.  I just prefer the change for the next studio outing, with its emphasis on a more mature and contemporary sound, complete with bolder attempts to take chances messing with the formulas old and new.  And I much prefer the overtly pre-Dolls retro pop of Dancing Backward. 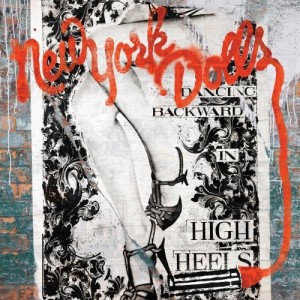 Long live New York Dolls.  If the original band took early 1960s girl group and Brill building pop, blues and early rock and spun it out into a rocking yet brilliantly simply thing called glam, then the new band has found a way here to take many of the same influences and put them together in an entirely different way.  Guitar solos?  Forget them.  Have some sax breaks and keyboards instead.  Most of the songs are new ones by David Johansen and Syl Sylvain.  But best to check the liner notes to confirm, because you won’t believe me.  This stuff passes quite effectively as the genuine article of early 60s New York pop.  Is that where they are dancing backwards to?  Yeah, things trail off a bit toward the end.  But damn if this isn’t a fun little record.  A testament to music that never loses its appeal, and to those who can go on making it forever if they care enough.