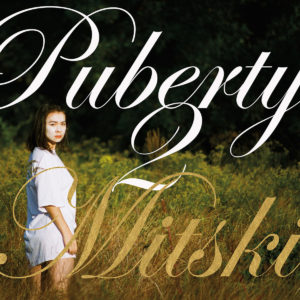 A really good pop album.  Mitski’s Puberty 2 takes a bit of introspective singer/songwriter electronic pop (reminiscent of The The‘s Soul Mining) and some noisy, punky retro-pop sensibilities (like The Raveonettes) and puts them forward with a voice that recalls ubiquitous recorded announcements from automatic call centers and elevators (“Doors opening at the third floor.”).  What carries the album, though, is the songwriting.  There are lots of great melodies.  This is thankfully a short album.  Anything more probably would have been filler anyway.