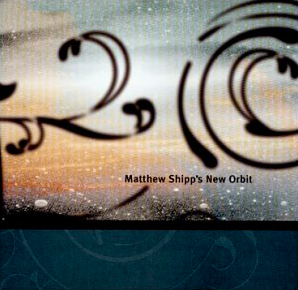 Most interestingly, this recording explores new approaches to mixing and recording a jazz album, drawing heavily from the realm of contemporary (independent) rock.  Though rooted in tradition, the quartet freely reinterprets existing technique to unfold fresh new arrangements.  Shipp’s style is the new thing: continually propelled rhythms on the piano; flowing melodic elements that obscure any and all boundaries of form; and spatial rather than computational conception.  There is ample time for solos. Everyone takes the opportunity for extended, unaccompanied passages. The individual flavors then blend seamlessly back into the group dynamic. Often the effect is a droning meditation. Natural elements are set against celestial backdrops. The result is a cohesive sound. While abstract, the structures are purposeful and drive towards a fuzzy destination in the distance.

Wadada Leo Smith on trumpet is a perfect fit with the group. Long-time associate William Parker delivers a stellar performance on bass, as expected. The dynamic duo of Shipp/Parker is the modern equivalent of Harris/McCann, Armstrong/Hines, Ellington/Blanton, or Montgomery/Smith. Parker balances pizzicato (plucked strings) and arco (with a bow) to make full use of his talents. The bass has a natural sound, but one constantly pushed towards expressive limits.  Drummer Gerald Cleaver turns in one of his finest performances to date. The group has reached unseen heights of individual and collective performance.

Scientific song titles suggest a high technology milieu — implying that jazz has not commented sufficiently on technology in the past. Each track elicits a new response. “Chi” is guided by rhythms. “New Orbit” is pensive and reflective. “Paradox X” is mysterious, with dissonances filling huge amounts of space. William Parker shines on “Orbit 3.” Gerald Cleaver pulls “U Feature” together by dropping in abstract bass drum hits. Wadada Leo Smith sets off “Maze Hint” with an intense trumpet solo that retroactively changes the album to that point.

Matthew Shipp’s New Orbit is the state of music; Matthew Shipp and friends reaffirm their status as jazz innovators. Hunter S. Thompson has said Muhammad Ali may not have been perfect, but came as close as we are likely to see in this life. There is no more fitting a description for this group. They may be carbon-based life forms, but the crucible of this musical partnership has transformed this bunch of atoms to diamonds. 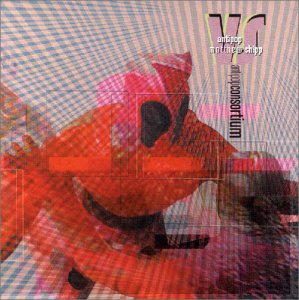 As one of the smartest and most talented musical groups of their day, Antipop Consortium broke away from the self-imposed restraints of hip-hop on their last full-length album. Antipop made a stand for music as music, with no fixed forms or techniques. They explored something more jazz than hip-hop and more hip-hop than jazz, maybe best termed hiprovisation or something of that sort. Antipop vs. Matthew Shipp may be highbrow, but, adopting Matthew Shipp‘s “jazz as boxing” concept, it is a well-executed confrontation of the forces shaping the future of hip-hop (and jazz). This fluid and engaging album is easy on the ears.

Antipop Consortium’s debut Tragic Epilogue showed a lot of promise that they have certainly made good on in following years. They did manage to incorporate electronic styling into hip-hop on their superb Arrhythmia. The British IDM (so-called “intelligent dance music”) scene seemed an ironic place for a new school (new wave?) hip-hop troupe like the Antipop Consortium to fight hip-hop’s stagnation, but it seems to have helped them incorporate improvisation into their vision of hip-hop. Antipop vs. Matthew Shipp is the final album from the Antipop trio of High Priest, Beans and M. Sayyid as they each pursue solo efforts. Apparently the group actually fell apart quite literally during the recording process, with Beans coming through to finish off the last tracks with Shipp after Sayyid and Priest departed. Though the breakup marks the end of a great group, they accomplished a lot in their brief existence.

Antipop vs. Matthew Shipp explores the interface between the toxic recontexualization of hip-hop and the individual expressionism afforded by improvisation. It is a program of continual redefinition for the individual performers as well as for the group dynamic. From hip-hop, they show a reorganization of musical elements lain out by circumstance. From improvisation, they develop transparency in the process. The developing interface allows spontaneous selection of what from the past might still be valid in the present.

The ambitions of this album get the better of Antipop at times. But these few errors are but part of a bigger success. Spontaneity breaks the typical rhythmic time constraints of hip-hop. Antipop’s control is not yet complete, but the day when the total clarity of vision they contemplate appears to be fast approaching. They propose new attacks and counterattacks with fluid succession, and their lackadaisical raps add a random factor that codifies the interface of hip-hop and jazz. Antipop’s mere presence on this interface is itself a statement of defiance and creation.

One extraordinary quality of Antipop vs. Matthew Shipp is the spectacular lyricism. Antipop have that down. “Coda” goes: “You used to/ move like the breath of truth/ you used to . . . Your eyes/ just like mine . . . Suddenly, death/ something inside of me is gone/ Antigone how did we end up like this?”

Matthew Shipp’s crew brings an array of skills to bear. They send jabs and hooks at Antipop where the result can emerge from the flow of the fight. “Staph” makes full use of Guillermo E. Brown‘s powerful, shifting rhythmic sense to bolster Antipop’s lyrical platform. Brown’s lyrical and textural drumming colors the sound enough to keep the structure from ever sounding like a limitation. His style is certainly an outgrowth of the Max Roach school of thought. “A Knot In Your Bop” takes the rhythmic textures to their highest point of the album, as fuzzy rides on the cymbal contend with dark, pounding chords from the piano. Later, “Monstro City” puts the synchronous rhythms of Brown and bassist William Parker front-and-center to keep the album moving forward (at what seems to be 9/8 time).

“Staph” is a standout because Antipop never do too much. Their restraint is important. They know when to stop. As such, the album concludes with “Free Hop” reaffirming the Shipp crew’s input.

There is still plenty of room to diversify, which makes this a vital release in the continuing discovery of how man relates to his world. Antipop know that 4 = 4, but they also know that 3 x 3 – 5 = 4. Inputs from Shipp’s crew make the mathematics suitably meaningful, making the album a revelation.   Antipop understand the complexity of the equation and the alternative ways of reaching its incontrovertible balance. They can envision arriving at that equal sign by more significant than swift measures.