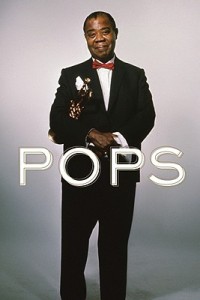 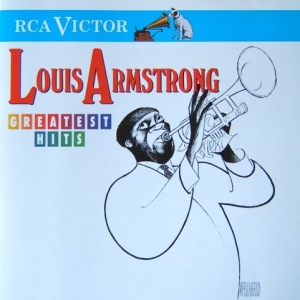 There is some good music on this disc, and some bad stuff.  It’s hard not to focus on the faults of this disc though.  When “Everybody’s Talkin’ (Echos)” started playing, I literally said out loud, “What the fuck? Why did he ever record this?”  But it kind of makes me wonder what he would have recorded if he lived into the 1980s…“Papa Don’t Preach”?  “Blame It On the Rain”?

Don’t get this album if you expect any kind of representative overview of Satchmo’s career.  This is really just a grab bag of RCA Victor-owned tracks thrown together in a maddening and inexplicable sequence.  Even the version of “What a Wonderful World” is not the one everyone knows and loves from the late 1960s single (and later popularized by the Good Morning, Vietnam soundtrack), but a cheeseball 1970s extended version.  There has to be a better entire career overview out there…