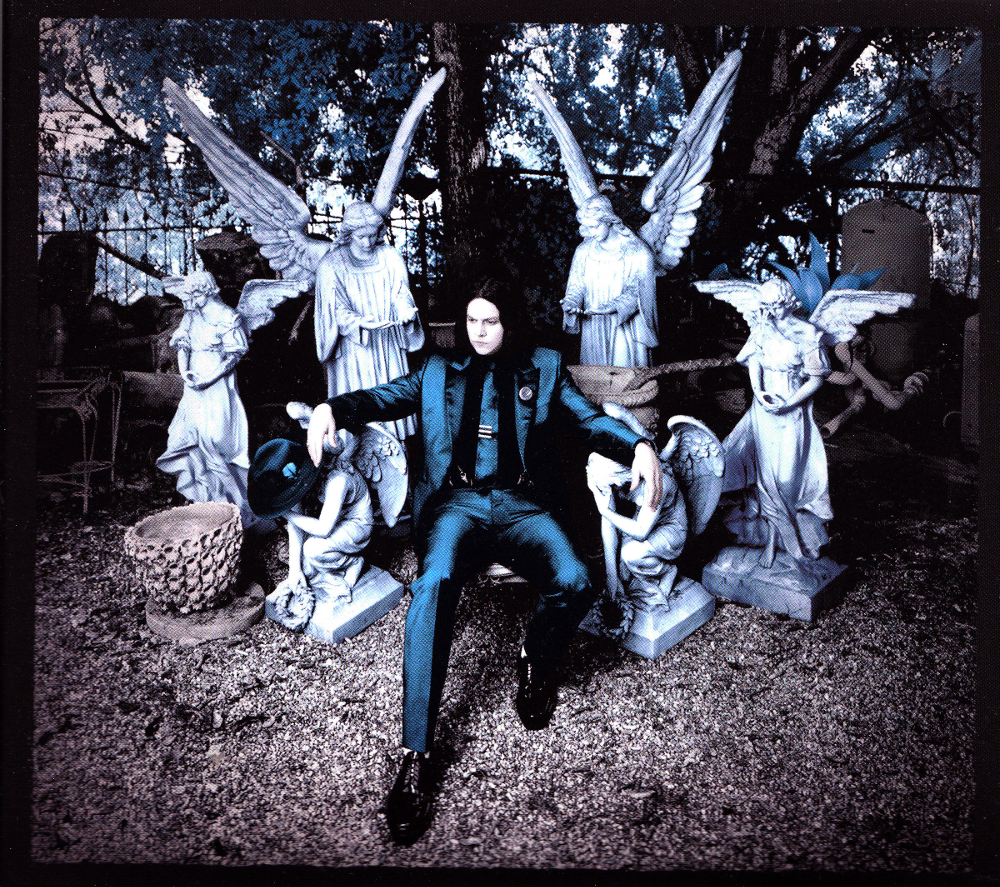 So, bear with me.  Listen to Lazaretto.  Then, wonder whether Jack White has become a kind of “angry white man” caricature, a sort of pathetic, misogynistic, hapless, self-important, delusional wreck hiding behind a tried-and-true Libertarian (with a capital “L”) artifice, or at least that he has intensely focus-grouped the album to appeal to the teenage boy version of said Libertarian caricature.  I said, bear with me.  Isn’t this exactly what “Entitlement” and “Want and Able” are about?  Even “Alone In My Home” too?  These songs are about the proud Individual not being “told what to do”, complaining about people having what they aren’t “able” to get for themselves, and wanting to be recused from interaction with so much of the world while isolated in his private castle/”home”.  And isn’t this exactly what a retro sort of sound appeals to as well…the fading glory of the white patriarchal society?  It is more than a little ironic that White trades in “blues rock” riffs mostly, because it isn’t black America that fuels Libertarian politics.  But he connects with black America only through a patriarchal view of the world, as can be seen from the opener “Three Women,” an adaptation of a Blind Willie McTell tune, full of boastful machismo about more or less being able to possess women — albeit stripped of the original’s slightly militant miscegenation. This fits entirely with White’s public persona, wearing a sharkskin suit on the cover.

The sound of this album is ornate, to say the least.  Every song is polished up with the kind gilding that dominates Donald Trump buildings (the analogy holds in more ways than one).  The elaborate, densely layered recordings of such nonsense songs seems like a gaudy display of decadence, proving to anyone who listens that White is a successful and wealthy musician who can summon the resources to make an album in a manner so time-consuming.  Still, occasionally, it works, like on “Would You Fight For My Love?” there is a line, “You have to want to stop being alone,” when the singing suddenly drops into a spoken monotone, which completely turns the song around and arrests all its momentum to focus on that lyric.  It’s effective.  But a lot of this album seems like little more than smoke and mirrors.  Yes, White knows how to craft a record.  He can call up all sorts of devices to make a point.  But many of these seem like little more than tricks.  They are vacuously applied to these songs, which don’t amount to much more than raw space for the gimmickry.  Lazaretto is a platform for Jack White to try to display his encyclopedic knowledge of by-gone musical trends, and argue that he’s really better than you, the listener, in doing so.  What emerges is that he probably is a better guitar player than most of us listeners, but that isn’t really his focus here, and the rest of what he does focus on comes across as overcompensation for some deep-seated personal insecurity.