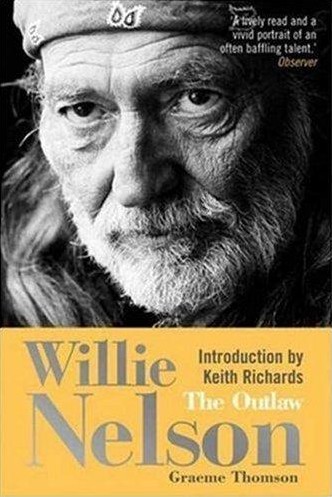 A good biography on Willie Nelson from Thomson. It seems well-researched, and avoids the rank hagiography so prevalent in these sorts of music bios. The author doesn’t shy from questioning Nelson’s motivations and worst behavior. He also does an excellent job articulating the crazy fine line Nelson walked between positive-thinking new age guru and lazy bum coasting on a reputation without continued hard work as a songwriter and performer. Yet, at the same time, the book doesn’t dwell on tabloid gossip. As for the book’s weaknesses, Thomson falls prey to a few misplaced British anachronisms, like comments about a “football pitch” when he means to say “(American) football field” — there is no way that Nelson was playing soccer in his youth deep in the heart of Texas! Then, too, Thomson stumbles are a pure music critic. He often criticizes some of Nelson’s best work (like The Sound in Your Mind) and praises marginal efforts (particularly early stuff and Nelson’s biggest commercial successes of the 80s). He certainly doesn’t seem to go back and revive some of Nelson most overlooked material (like The Words Don’t Fit the Picture) or necessarily place Nelson in a broader continuum. But, those flaws are fairly easily ignored in a generally fine book.