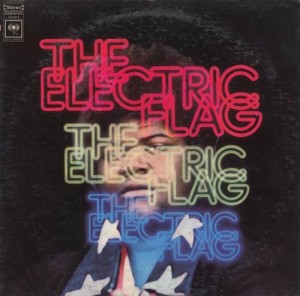 Lester Bangs lamented that The Electric Flag got buzz in the press when more deserving acts languished in obscurity (in spite of Bangs’ best efforts).  There is just something disingenuous about The Electric Flag.  Yeah, they have a jazzy soul thing going, melded with slightly psychedelic blues rock.  But it seems too crass, just an assemblage of whatever seemed “hip” at the time.  It’s contrived.  These guys would have made a great studio band for somebody else, but on their own they just don’t have any good ideas of their own, just the ability to loosely amalgamate popular styles of the day.  It’s the kind of music they seemed obligated to make, not music that came from any kind of genuine passion or drive outside of rock careerism.  This just clings to forms that already had matured in the hands of others.  But, for what it’s worth, this album beats the seemingly better-known A Long Time Comin’.  Reference The Rascals too.