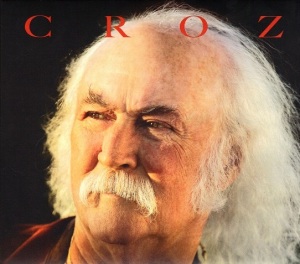 I’m not sure what to make of an album like this.  The comment about David Crosby that sticks most in my mind is someone wondering out loud, “why is David Crosby so highly regarded?”  Croz goes far beyond the concept of middle-aged rock.  This is geriatric rock.  Crosby released this when he was 72.  He’s writing about trying to be mature.  These ponderous topics land with a thud.  The pervasive, noodling light rock saxophone and snazzy little guitar licks don’t make any connections to the sorts of music that anyone under 50 listens to.  This album seems to speak to those curmudgeons still trying to live a good life on terms set decades ago, but struggling to understand what it means to live a good life today.  Put up against the strangely affecting faux-retro album A Letter Home by former CSN&Y bandmate Neil Young, released just a few months later, Croz seems unable to look outside itself.