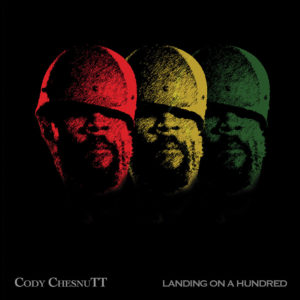 After Cody ChesnuTT gained some modest success based on his lo-fi “bedroom” recordings on The Headphone Masterpiece, he succumbed to some of the vices of (semi) celebrity.  It took almost a decade for this next recordings to appear, the EP Black Skin No Value, followed by Landing on a Hundred a full decade after his debut.  His second full-length album is a hi-fi collection of studio-recorded retro soul tunes.  The influences are obvious — Marvin Gaye, especially, but also Curtis Mayfield and others.  The opener, “‘Till I Meet Thee,” for instance, sounds like a successful meeting of the light soul of Marvin Gaye and the pop reggae of Peter Tosh.  Unfortunately, the songwriting flags a bit as the album wears on.  There is some decedent stuff here in the first part of the album, but overall things are a bit middling.