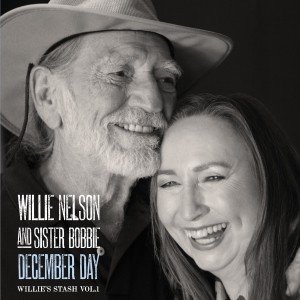 Willie Nelson and his sister Bobbie have been performing together their entire lives.  Bobbie has always been a rock of consistently complimentary playing.  Many of Willie’s finest recordings feature her prominently.  December Day, though, is a goof.  The two regularly play on their tour bus, and this album is meant to document the way they play together on that tour bus, away from their fans.  Unfortunately, that results in an album that sounds like a bunch of performers who have played these songs a few hundred times too many noodling about trying to entertain themselves with arbitrary variations from their usual public performance styles.  This amounts to a bunch of hi-fidelity demo recordings of uncertain value.  December Day only serves to reinforce how much better these two have performed these songs elsewhere.  The best here is the rendition of “Permanently Lonely.”