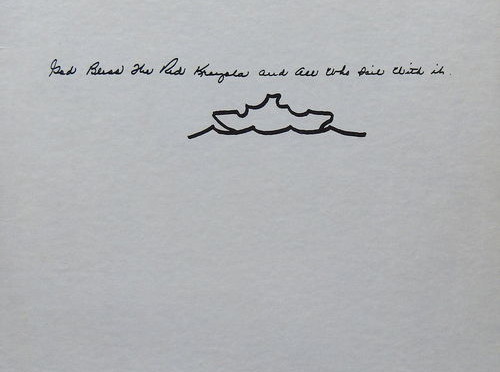 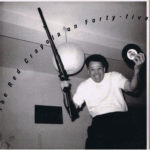 This is a guide to the recorded music of The Red Crayola/Red Krayola — abbreviated as RC or RK.  Releases are arranged chronologically by recording date (not release date), broken up into rough “eras”.  The groupings correspond to major shifts in the geographic location of the band.  A legend is provided, as are recording credits, where available.

The Red Crayola (sometimes spelled “The Red Krayola”) are an exceptionally long-lived rock band.  Their origins were in the psychedelic mid-/late-1960s, formed in Texas by university students engaged with the burgeoning countercultural movement.  The band broke up and reformed, and then effectively dissolved by the end of the 1960s.  But Mayo Thompson, who worked in the visual arts (he was an assistant to Robert Rauschenberg) and also dabbled with a solo career, resurrected the band name in the mid-1970s.  For about fifty years Thompson continued the band in various incarnations across different continents.  In the later 70s and through all of the 80s, the band was based out of Europe, then returned to the United States permanently in the early 90s.  The always band fit into the musical “underground”, and was never about commercial success.  Mayo Thompson endorsed one critic’s description of the band’s music as “not practical”.  Actually, the band’s political outlook became explicitly leftist/communist.  But they tended to rely on wacky, dadaist humor and “performance art” techniques, eschewing virtuoso performance.  The band frequently emphasized equal sharing of credit, regardless of contributions, so many releases intentionally do not credit individual songwriters, or even which musicians appear on which songs playing which instruments (a practice that ended only with Introduction in 2006).  This was part of an over-arching inclusionist sensibility.