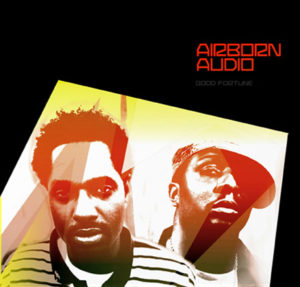 Years ago, the groundbreaking hip-hop trio Antipop Consortium broke up (they later reunited for a tepid “comeback”). Beans went solo, releasing two albums and an EP in the following two years. The other members, M. Sayyid and High Priest, formed Airborn Audio. A full two years after the breakup, Airborn Audio’s debut Good Fortune arrived. It would seem that an appropriate response would be, “Why the wait?” Good Fortune is pretty disappointing. It certainly is a solid album, one as good or better than any mainstream hip-hop album of the day you could name. Still, Sayyid and Priest have to be held to a higher standard. On Antipop’s landmark Arrhythmia, Sayyid could tear up lyrics with speed, clarity and rhythm that most rappers only dream of attaining (well, contemporaries like DMX and 50 Cent probably gave up on that dream a long time ago). Now, his rhymes are mostly lethargic, and always heartbreakingly mundane. Both Sayyid and Priest waste most of Good Fortune on pointless jabs at and nods to other rappers, boring pop culture references and lame self-promotion. Their raw talent bubbles up from time to time, but mostly it is hidden behind hokey effects.

The major disappointment with Good Fortune is that these former innovators have now thrown their hats into the same ring as countless others. Despite the claim on “Monday Through Sunday” that Airborn Audio has the “same agenda” as Antipop, it comes out sounding like a lie. If even if this album is slightly ahead of the pack that counts for little. That would give too much credit to direction in which the pack was headed! The best songs, like “Bright Lights,” lean on beats that probably would have been cutting edge eight or ten years ago on a DJ Spooky album. Today it’s hard to get excited about them.

Good Fortune proved far less interesting and nowhere near as the best releases from former bandmate Beans. This album seems like a step backward for two of hip-hop’s brightest young talents.