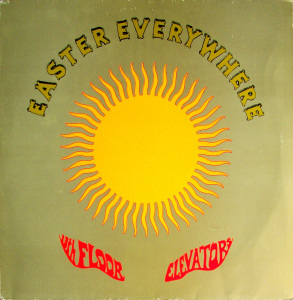 Strangely enough, Easter Everywhere manages to be a psych-rock classic.  The epic opener “Slip Inside This House” is about as good as they come.  After that, things may seem a little more uneven than the debut The Psychedelic Sounds of The 13th Floor Elevators, but given a little more time this album reveals itself as something just as finely crafted, if even weirder and darker.  Conventional judgment might call this a poor recording, given the tuneless vocals and guitar–and it’s fair to call them tuneless in the sense that they make pervasive forays into atonality–but it’s precisely those elements that make this so very psychedelic.  A cover of Dylan‘s “It’s All Over Now, Baby Blue” (shortened to just “Baby Blue”) winds up being almost as compelling as “Slip Inside the House.”  This feels like all the unexpected and unpredictable energy of the 1960s coming to a head. 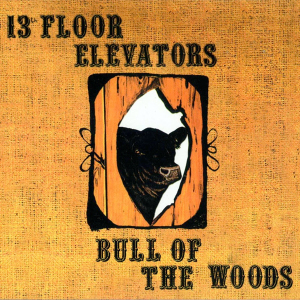 This has its moments, and the guitar playing is good throughout.  Roky Erickson‘s minimal input causes the band to struggle through the vocals though.  Tommy Hall‘s psyched-out jug solos are also missed. 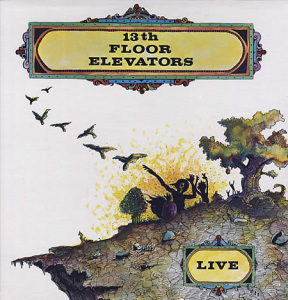 A fake live album of studio outtakes with crowd noise overdubs.  The material does actually align with the band’s actual live set lists though.  The thing is, as posthumous releases have demonstrated, they could have released a high quality album of real live recordings.  Not bad for fans, in spite of the pointless canned applause, but casual listeners can safely pass this by. 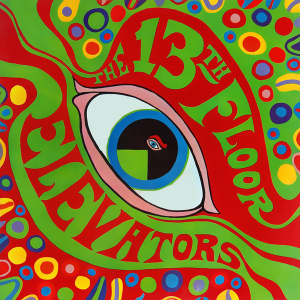 Mid-Sixties music from Texas, coming from the likes of The 13th Floor Elevators and The Red Crayola, took remarkably fresh looks at modern rock and roll. The 13th Floor Elevators were probably the most psychedelic band of the era. Their garage-oriented acid rock exploded with desperate vigor. “You’re Gonna Miss Me” later affirmed its classic status upon inclusion in the legendary Nuggets compilation, but that song merely flanks a much bigger musical explosion.

The liner notes (some of the coolest you’ll find with any rock album) talk about music via a program of chemically deranging structures of the senses in a “quest for pure sanity.” Relating all knowledge simultaneously will help mankind deal with “life in its entirety.” The suggested tool seems to be LSD.

This album is a great example of the proper way to use drums in rock and roll. Simply laying out a beat straight on the top or bottom won’t work. Drummers are not substitutes for metronomes. Everyone in a rock and roll band should be responsible for the rhythm, with the bass (or its equivalent) as the signpost telling where the rhythm is at any moment. The drums cannot impose anything on the band without ruining the music; they must be an integral part of the music. The 13th Floor Elevators’ philosophy of recognizing reactions with “perfect cross-reference” makes the drums an essential part of their agenda. It isn’t about ability really. There is some exciting percussion here, even though the record–the CD reissue at least–is too hazy to make out everything the rhythm section did.

Singer Roky Erickson (b. Roger Kynard Erickson) had a manic energy unlike any other known human being. His life story a few years later involved commitment to a mental institution–when those were still scary places. Jug player Tommy Hall added one of the most distinctive elements of The 13th Floor Elevators’ sound with his otherworldly stutters and pops. Hall and Erickson’s contributions to amazing songs like “Fire Engine,” “Splash 1” and “Reverberation” are unique, but the vision of the album has held up thanks to the presence of strong, varied songs from beginning to end.

A bunch of crazed lunatics? Partly. But only in a good way. The 13th Floor Elevators definitely had a complex and coherent purpose for their extreme energy.