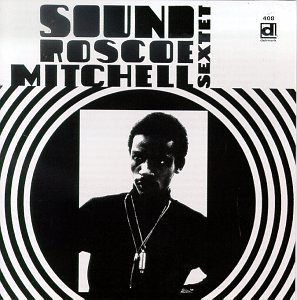 Mitchell’s debut album is a landmark of midwestern free jazz.  Its allegiances are clear from the opener, “Ornette,” a tribute to Ornette Coleman.  But unlike so much music coming out of New York City at the time, this album is collaborative, spare, contemplative.  There is something daring and revolutionary about this music in a way that Mitchell’s later music (including that with the Art Ensemble of Chicago) was often not.  As detailed in Iain Anderson‘s This Is Our Music, the grants and public subsidies that people like Mitchell came to rely upon definitely blunted some of the radicalism of this early music.  Although Anderson’s treatment of the larger topic of “strings attached” philanthropy is brief and limited, others have expanded on the topic, which is sometimes termed “philanthrocapitalism”. These critiques generally revolve around a sort of accommodation (or collaboration) with systems of inequality — musicians and other artists who really threaten capitalism and private property are, for instance, not funded.  As the critics say, “the revolution will not be funded.”  Anyway, Mitchell was part of the Association for the Advancement of Creative Musicians (AACM), an organization with much promise, though also one that tended to amount to a defensive cocoon, establishing a sheltered space, without much in the way of a necessary “phase two” plan to launch an offensive that burst from the cocoon.