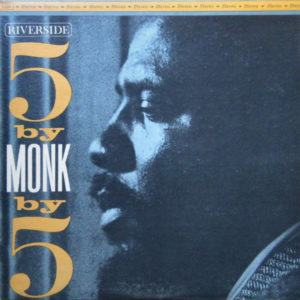 A pretty mediocre Monk album.  This is a one-off quintet with a cornet, and there are some new songs debuted.  But the playing is rather programmatic.  The players generally don’t push themselves, and there is nothing in the way of interesting interactions between them.  Monk plays well, but that just isn’t enough.  I would place this near the bottom of the pack when ranking the Riverside albums.