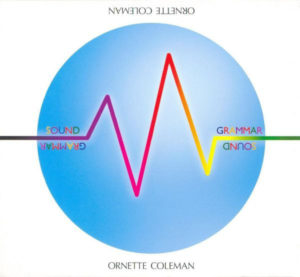 Ornette’s last solo album before his death, and first in a decade (after releasing three albums in 1996), found surprising success.  This is a live recording with Ornette’s working band.  He seems to have learned that it takes two bassists to replace Charlie Haden.  On the whole, this album is nostalgic and kind of presents a summary of Ornette’s entire career.  “Sleep Talk” sounds good in this reading.  There isn’t a whole lot else here that stands out, but this is consistent top to bottom.  The reasons this became so popular probably have more to do with timing (Ornette’s stature plus the gap since his last albums) and, especially, promotion (Ornette granted an uncommon number of interviews) than purely the merits of the performance.