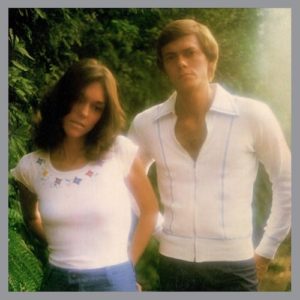 By the mid-1970s, extensive touring and television appearances had taken a toll on The Carpenters.  But in 1975 they bounced back with the excellent album Horizon.  This has much of the same lush “soft rock” sound with dark undercurrents that made the brother and sister duo famous.  Now, though, there were more and more recording studio tricks being deployed, making the music sound a bit more like a continuous sonic fabric.  Some great songs here, like “Happy” and “Desperado.”  Side two is practically flawless.  This might not be A Song for You, but it is still one of The Carpenters’ best.