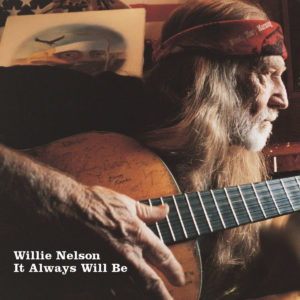 As he has aged, Willie Nelson’s music has stayed fairly mellow.  It Always Will Be is a solid effort, nowhere near his best, but decent for this part of his career.  Its consistent fault is that producer James Stroud gives the music too much spit and polish.  A little grit and gravel would have helped this along tremendously.  Although it bears mentioning that breaking from the mellow tone of the rest of the album with the utterly ridiculous modern southern rock of “Midnight Rider” is brazenly stupid.