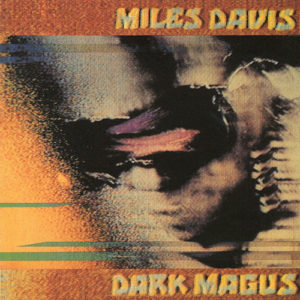 Dark Magus is another great entry into the series of live recordings from Miles’ 1970-75 period.  This particular one comes from a Carnegie Hall concert on March 29, 1974.  It’s an excellent performance, churning out an energized voodoo funk jazz that could only come from Miles.  The band had enough control and skill at this point to produce a sound live that couldn’t really be improved on in the studio, no matter how many effects and cut-ups were employed.  There are slightly better recordings from the same period available, but this one is still an excellent album with a lot to offer.  I actually consider it one of my favorites from the period. I wish there were dozens more like it!  This is some OUT shit.