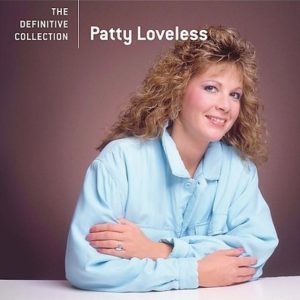 The gestures are broad.  The lyrics dwell on commonplaces and banalities, especially slightly melodramatic interpersonal relationship issues.  Much of this has the high-contrast, slick production style of typical 1980s country and pop (even the stuff from the 1990s).  It would even be fair to say the music is mostly formulaic.  This is precisely the point though.  This is what might be called rural proletarian music.  It emphasizes shared experience.  The lyrics might focus on an individual protagonist, but often with a certain level of acceptance of social roles (especially gender roles), and any given song as a whole tends to reaffirm familiar musical forms as a way of emphasizing tradition (never challenging it).  So, like a lot of country, this has a slightly reactionary/conservative perspective to it.  And more, it also kind of validates a more rural or at least small town perspective (against that of an urban one).  The effect is much like a feeling of “town pride” in a small town (just a few hundred people), in ways rejected by city folk, with a lot of simple repeated pleasures.  Yet the music largely manages to avoid negative aspersions too.  This might be a bit rural focused (there are references to tractors), but it doesn’t try to put down that which is outside its sphere of influence.  It is what it is.  There is no imposition in this music.  And Loveless has a really good voice.  While this mines old country forms, with a light oompa-oompa beat or honky tonk groove, it does so adeptly  There are some surprises too, like “Don’t Toss Us Away” (written by Bryan MacLean, formerly of the band Love) and “A Little Bit In Love” (written by Steve Earle).  Loveless really shines drawing something out of the simplest tune though. No doubt, Loveless was one of the better things Nashville had going during the time span of this collection — even if that is only a small complement, relatively speaking.