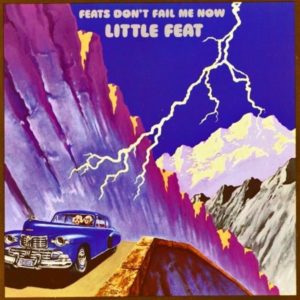 Something definitely changed for Little Feat with Feats Don’t Fail Me Now.  The reasons are quite apparent.  Lowell George was no longer the dominant guitarist and songwriter for the group.  His contributions were increasingly of a more ordinary and secondary nature.  Paul Barrere and Bill Payne were taking on more of a role in place of Lowell.  And so, the music focused more consistently on feel-good groove rock.  There really weren’t any quirky, off-beat lyrics anymore, and the music as a whole was more steady and tame.  That isn’t to say the Feat sounded bad.  In fact, this is a pretty fun record.  It just doesn’t sparkle with quite the charisma that the group’s earlier records had.  You can still count this (along with the first three albums) as essential Little Feat though.