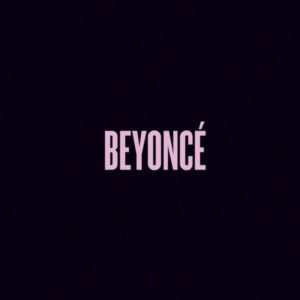 This album is an excellent encapsulation of contemporary pop music.  The first thing that stands out is how capital-intensive this music is.  In other words, it takes a tremendous amount of resources (capital) to make an album this finely layered, refined and varied.  Rather than one producer crafting many of the backing tracks across the whole album, there is an army of producers, songwriters and musicians.  Most singers could never summon the resources to make an album that way (Public Enemy‘s Most of My Heroes Still Don’t Appear on No Stamp is an exception that proves the rule, fueled by artistic credibility — and associated crowdfunding — rather than the largest bank account).  The eclecticism is stunning.  Some songs are in the style of electronic dance music, others like vintage Prince, or more recent D’Angelo.

What this album stands for is the “mogul” mentality, that the world needs big-shot moguls who are better than everyone else.  In a way, this is the ultimate (and most seductive) way of promoting collaboration with or resignation to the demands of the powerful cabal that controls the major institutions of society.  No, that is not meant as some sort of conspiracy theory.  Instead it means that the society in which Beyoncé was released is very polarized and unequal, and the repeated message across the album is that if you accept the dictates of the moguls then maybe you too can become one someday — like winning the lottery, this requires that many, many others lose, and discussions about the hardships of the winners say nothing of the hardships of the losers.  In an interesting way, the repeated interludes (like Beyoncé as a kid on the “Star Search” TV show) and the “it’s hard to live up to expectations to be pretty as a woman” theme make a cynical capitulation.  Rather than reject the social demands to be “pretty”, or reject the system that creates moguls by creating dire poverty and widespread insecurity, this kind of just shrugs that off and declares there is no alternative; just develop a coping strategy to accept it and deal with it.  This expresses the “survivor” mentality of a psychotic culture.

“Of course, the thing about this album is that it’s the ultimate undisputed-queen-of-pop power move, released as it was with no advance press, in the middle of the night on iTunes with no one driving it but Beyonce herself (and well, obviously her husband, but we won’t begrudge her that). Beyonce is in a position now that she doesn’t need anything but herself, and the musical result is an album that feels completely liberated: ‘Yonce indulging every filthy impulse she has, adorning beats that are dark and not explicitly radio-seeking, dictating that things are going to go her way, at least for the next 67 minutes. She’s got the best producers and songwriters alive working with her here and the guest list for features is the very top tier in the hip-hop world, but no one can take the spotlight away from Bey here. She’s a big enough figure now that she can carry a top-selling album on nothing but reputation alone and if her musical accomplishments never seemed to meet that stature before, well now she’s fixing that.”

But the real trick here is that she may be “liberated” and in charge, but only because she is following the dictates of big-business entertainment and endorsing the “mogul” view of the world.  She still reiterates the precepts of reactionary “social darwinist” theory

In spite of any misgivings about the premise of the album, it is a marvel.  There is practically a flawless delivery.  The pure craftsmanship is stunning.  And the beats are absorbing.  Beyoncé is not an especially captivating singer on her own, but she more than lives up to everything these songs demand.  Certainly this is a collaborative effort, but she also emerges as someone nominally in charge of the proceedings.

I was pleasantly surprised at how good this album was.  I do retain the same general misgivings as I had for Taylor Swift‘s 1989.  Beyoncé is a more evolved album though.  It concedes something to cynicism, even as it reaffirms something very similar to what Swift promotes (with denial in place of cynicism).  But this does carry more baggage and internal contradictions than it lets on.  Still, when the beats get going this is hard to argue with.  In an effort to be open-minded, I listened to a Britney Spears best-of collection, and there the simplistic, even crude brushstrokes seemed to lack the detail and extreme talent brought to bear on Beyoncé.  Frankly, the Spears stuff was terrible.  So this is really one of the finest examples of mainstream pop music of its era.