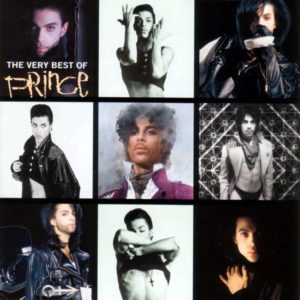 More appropriately titled “Greatest Hits” than “The Very Best of,” you could stand to get a much better overview of The Purple One than this compilation — The Hits/The B-Sides would be a slightly better choice.  Still, for the mildly Prince-curious this gives you most of the biggest hits to use as a starting point.

What Prince stood for in the 1980s — his prime — was a contemporary R&B (as Little Richard has it, that means “real black”) counterpart to David Bowie of the 70s.  Prince was this slightly androgynous, racy character who had these incredibly catchy, popular and just plain great songs.  Now, the fact that Prince was coming along in the wake of Bowie breaking into the charts might be explained by the somewhat socially conservative streak found in afro-american culture — especially when it comes to sexuality, the core of Prince’s musical subject matter.  Strange that Prince died just a few months after Bowie then.