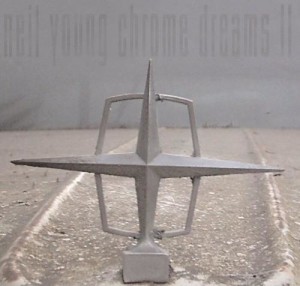 A very eclectic album without being uneven.  You get a real sampling of almost all aspects of Young’s music, from mellow country-rock to angry rockers.  This was the sequel (of sorts) to the unreleased 1977 album Chrome Dreams.  The highlight is “Ordinary People.”  Operating in Bruce Springsteen mode, Young really delivers on a working man’s epic.  It was dug up from the archives (from the This Note’s for You era) for this release.  The only problem at this point is that younger listeners may have no context for a song about factory workers losing jobs.  The song was from just after the first wave of the neoliberal assault on working America, wresting power and wealth away from industry and average folks (labor) to be placed in the hands of the Capital class and the FIRE sector (finance, insurance and real estate).  The first assault was against unions (key in the auto industry), shifting election funding toward purely business sources, with corporate raiders (like in the popular movies Wall Street and Pretty Woman) pillaging assets and pensions, and in adjusting tax codes to drastically reduce taxes on the rich and drastically reducing payments toward programs that benefited the poor and middle class.  The second wave of the neoliberal assault would be completed in a few years, with “free trade” agreements eliminating the possibility that domestic industry could be viable any longer, instead shifting focus to currency speculation that pillaged foreign central banks and with labor arbitrage “offshoring” jobs to distant locations with pauper labor.  So Chrome Dreams II comes during the “post-industrial” era of the USA.  Most factory jobs are long gone, so there haven’t been any to lose in a while.  Its ambitions are futile now, but Young’s “Ordinary People” narrative still resonates with conviction the heartbreak and sadness and grim determination that transcends changed circumstance — today the narrative would be about a Midwest Methland where the factory is long gone and rural methamphetamine labs open up amid the whirlwind of lives and local economies circling the drain.  In the end Chrome Dreams II proves that Neil Young is a more honest and genuine rock and roller than just about anybody else out there.  Here’s to lost causes like that.