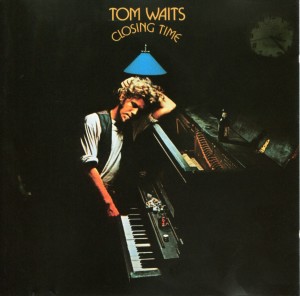 Tom Waits’ debut went in a direction he never really revisited.  Only “Midnight Lullaby” points to what he would do on his next few albums, though the style is not yet fully formed.  People look to “Ol’ 55” as one of his better songs, but I find it a bit ho-hum.  It leans a bit too much on the prevailing “California soft rock” fad, which was in full swing at the time.  That sort of sums this up. The album doesn’t always play on Waits’ strengths.  So it could be said he was still finding his voice.  But this album still has some charm.  “Old Shoes (& Picture Postcards)” is among my favorite Waits songs — usually my only reason for returning to Closing Time.