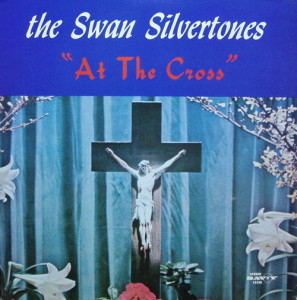 The Swan Silvertones’ debut album for Savoy Records At the Cross marked a transition to their autumn years.  The music carries forward elements of the sound of their tenure on HOB Records from a few years earlier, but also pushes to modernize the group’s sound at the same time.  This makes the group’s style troublesome, often tending toward the cartoonish.  It’s all too obvious they are trying hard to sound relevant to contemporary tastes, rather than just following their own muse.  One of the lesser Swan Silvertones albums.