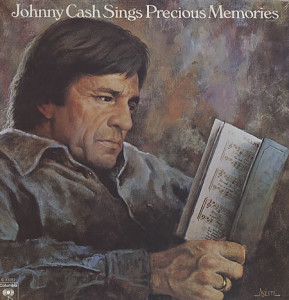 Johnny Cash released no less than five albums in 1975.  Among them was Sings Precious Memories, a gospel album.  It is perhaps the worst of the year’s batch of offerings.  It features a lot of wailing falsetto backing vocals likely to induce cringes, and tired, florid orchestral arrangements.  The whole thing conjures up the kind of pastel-colored southern mega-church setting satirized nicely years later in the film Fletch Lives.  An enormously superior demo version of “Farther Along” appeared posthumously on Personal File, which provides an excellent case study of how terribly the music is produced here.  Cash, for his part, seems to be coasting on the fact that this music has religious content, without undertaking the necessary effort to make this compelling to the listener in musical terms.  Pass.