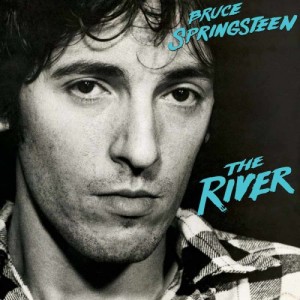 So I was standing around with some people talking to critic Dave Marsh years ago, and Marsh was going on about how The River was the best of Springsteen.  So I gave it a try.  I can’t say I agree, at all.  Another reviewer cast this off as too much like Billy Joel.  These songs are a bit too slick for their own good, and self-indulgent too.  Ahh, the 1980s were clearly underway by this point I guess.  But, there are still some good tunes here, and the jangly 12-string guitar adds a nice touch.  “Hungry Heart” is great (sounding exactly like what that kind of song should sound like), and “Sherry Darling” is a great song, somewhat ineptly produced (too much glitz and clutter).  “The Ties That Bind” is the other really good one.  There is a handful of other pretty decent cuts and the rest forgettable — really there is nothing to recommend about the entire second disc, which should have been omitted.  Springsteen often does the thing that was by this point his shtick:  the wall of sound that makes his narratives seem inevitable, with the band members shouting along trying to be heard among the din.  This, I guess, is Springsteen’s go-to metaphor for American society.  His sense of irony is like a fart in the wind though — people tend to like Springsteen for all his worst qualities and the irony can’t stop that from happening.

Just to draw out these points a little further, “The Ties That Bind” illustrate an important aspect of Springsteen and his politics.  He came along right when the New Deal coalition was falling apart, and he represented an ultimately failed attempt to prop it up — Johnny Cash was doing this too around this time.  Anyway, the point can be illustrated with reference to Sigmund Freud‘s notion of the primal father figure.  Not necessarily a male parent, but any authority, the “father” represented the injunction to sacrifice one’s own enjoyment for the good of family/community/society.  But the modern father instead commands individual enjoyment.  This is basically what Christopher Lasch described as The Culture of Narcissism.  Lament for this shift — anomie — practically pours from the lyrics of “The Ties That Bind.”  But it is a a kind of inauthentic lament, because it dwells in a pre-established ethics that can’t help but contribute to the decay it purports to oppose, if for no other reason than, in hindsight, it was insufficient to prevent its own demise, though mostly because it looks backwards to recreation of dubious traditions rather than forward towards authentic freedom.