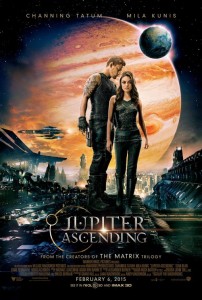 Combines the outer-space feudalism of Dune with the dystopian bureaucratic comedy of Brazil (or perhaps The Hitchiker’s Guide to the Galaxy), plus straight-up sci-fi action like The Fifth Element.  There also is a little bit of Soylent Green and The Matrix in the plot.  Despite clear precedents, the visual themes of the film make an effort to break free of the usual Hollywood ones, and in that the film mostly succeeds.  That isn’t to say this is a wholly successful film.  It is a bit long, and many of the characters are simply one-dimensional placeholders for plot advancement.  The motivations for much of the plot are explored only superficially at best.  More time is spent depicting jet boots and big computer-generated architectural expanses.  At times the film’s critique of capitalism and capitalist-style consumerism is inserted into a plot about a feudalistic society like a square peg in a round hole.  But this doesn’t take itself too seriously.  Still, this one is pretty mediocre at best, even if its good intentions (a vaguely feminist attitude, etc.) carry it a bit further than most boring sci-fi blockbusters.